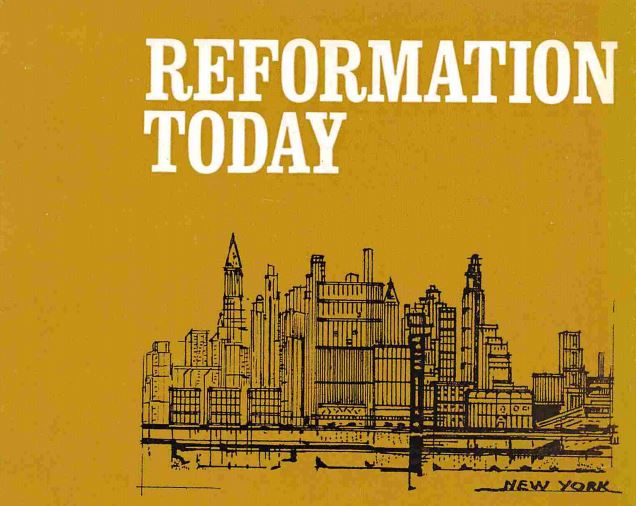 The problem of “assurance” may be summed up in the question: “How can I be certain I am saved?” Because of confused teaching on the subject, many believers have the impression that to have assurance is to have an inner experience which is inexplicable, cannot be measured by any of the senses, and with little if any doctrinal content. Honest believers may well confess to being without this, and may be in terror of judgement. We have recently received some correspondence of A. W. Pink’s on this subject.1)We are indebted to Mr. Harold Bradshaw of Norwich for bringing this correspondence to our attention. Several helpful extracts are included here.

Speaking of the alternating periods of joy and despair experienced by some Christians who are unsure of their salvation, he states:

“It is my studied conviction that the faulty teaching they have received is responsible for not a little of their up and down (mostly down) experience”.

Later he elaborates on the point:

“The faulty teaching to which I alluded varies considerably in different cases according as the teachers are found among hyper-Calvinists, Plymouth Brethren or rank Arminians”.

Concentrating particularly on the hyper-Calvinist teachers, he continues:

“The impressions obtained by those who sat or sit under their ministry are something like this … I must have a feeling sense of my lost condition, a feeling sense of Christ’s suitability and sufficiency for my desperate case, a feeling sense that I have trusted in Him and that I am clothed with His righteousness; ratified by a peace which passeth all understanding possessing my heart. Under some powerful sermon, or alone in my room, that feeling sense is granted to me, perhaps accompanied by a voice which says, “Thy sins are forgiven thee”, and I go on my way rejoicing. But soon ‘the joy is dampened. I am conscious of sin raging within, and perhaps breaking out in open act, and now I have serious cause to fear that sin still has “dominion” over me. I am staggered. Yet I still find some satisfaction in prayer, and in meeting with God’s people; and I ask myself, could this be the case if I were still unregenerate? I am sorely perplexed. I read and hear sermons which have not a little to say about the perplexities of God’s people, about their ups and downs, about their walking in darkness etc., and I am somewhat comforted, hoping this may partly at least, explain my contradictory behaviour… Thus my assurance is like a see-saw”.

Having described the effects of this hopeless search for some kind of assurance. Pink goes on to analyse how this condition is bound to come about:

“Now let me try and show why this ‘experience’ is (inevitably) such, and wherein the preaching he sat or sits under is defective:

In answer to an objection in reply, he makes further comments on this verse:

“Surely there is a vast difference between a genuine and sincere endeavour and a full attainment or complete realisation of the same: the testimony of a good conscience rests on the former and not on the latter. As the apostle says in another place, and as every genuine Christian must also be able to affirm; “We make it our aim whether at home or absent, to be well-pleasing unto Him”. (2 Cor. 5:9. American R.V.). It is the consciousness that such is our honest aim (and the heart of each person knows whether or not it be so) which supplies evidence that we are not hypocrites, and which affords ground for assurance of our regeneration, for, no matter what his religious profession or pretensions, the ‘aim’ of every unregenerated soul is to please self. If then,^ my dominating desire, purpose and endeavour be the pleasing of God in all things (one sure proof of which is—paradoxically as it may seem—that I mourn and confess when I have yielded to the pleasing of the flesh), then I must be regenerate, for such a disposition is in no man by nature”.

To substantiate the point still further. Pink quotes the following section from The Religious Affections by Jonathan Edwards. Edwards writes: “I had rather have the testimony of my conscience that I have such a saying of my Supreme Judge on my side as that, ‘he that hath my commandments and keepeth them, he it is that loveth me’, than the judgement and fullest approbation of all the wise, sound and experienced divines that have lived diis thousand years, on the most exact and critical examination of my experience as to the manner of my conversion . . . Whatever pretences persons may make to great discoveries, great love and joys, they are no further to be regarded than they have influence on their practice”.

Though much valuable insight is contained in the allusions to assurance, Pink makes it clear that he has not expounded the subject as such. How ever, in defining “assurance” he does give further reference to his work on this topic:

“I use ‘assurance’ in its ordinary scope, as synonymous with the conviction that a person possesses certain marks of grace, evidences of regeneration, proofs of a saving interest in Christ. In evidence thereof I would refer you to the following:2)Studies in the Scriptures, to which these references refer, comprise 32 vols. Desmond Roberts, from Swansea, has written with the following information: “I have obtained within the last three months vols. 1-31 inclusive. I have just completed a single index book to cover the whole of the 32 vols”. He adds a comment on the editorial in R.T. No. 11. “Although you mention Pink’s Dispensationalism, you should also make known his departure from this theory. A series of writings on Dispensationalism appear in vols. 12 and 13”.

In speaking of tests and marks. Pink is plainly taking the view that assurance does not consist of locating inexplicable feelings. If assurance is by subjective experience, we then just ‘know’ that we are saved, and tests are ruled out, as is the use of understanding. Pink now turns to this subjectivism more directly:

“You complain that I say very little about such blessings as ‘a revelation of Christ to the soul, a special discovery of His love, or a direct witness of the Spirit to my spirit.’ Very true, and that for two reasons:

It would take me too far afield to enter upon a detailed discussion of Romans 8:16., but for your information I would say that I have never believed in the sufficiency of any “witness” of my spirit before—prior to— the Holy Spirit’s co-witness. The means used by the Spirit in witnessing, and the only means (so far as Scripture reveals, and I emphatically refuse to go one hair’s breadth beyond Scripture) is the written Word, and not the arguments, persuasions nor the hymns of fallible men. There is no reason why any believer should be at an uncertainty about the Divinely-made-known grounds on which a person may ascertain whether or not he be regenerate. God has graciously devoted one whole epistle to that particular subject, viz. 1 John, for near the close of that epistle we read. These things have I written unto you that believe on the name of the Son of God that ye may know that ye have eternal life.’ (5:13.)—for it is the devil’s desire and aim, and not the will of God, that Christians should be either ignorant or uncertain about this essential matter. In that epistle a number of criteria are given, but they are of a radically different character from a subjective revelation of Christ to the soul, a special discovery of His love, or the direct witness of the Spirit to my spirit. Instead the first and foremost is, ‘And hereby we do know Him, if we keep His commandments’ (2:3.). Had John been on earth in his day, I fear Mr. Philpot had denounced him as a legalist!”

If assurance is subjective, a feeling which we have, we may ask why John gave the tests in his epistle? He does not give the impression that he is merely providing an inferior form of assurance. Other Scriptural tests are cited by Pink. For example:

“‘Blessed are they that mourn’: if I mourn over my sinful nature and over my coming so far short of the standard God has set before me, then I am clearly and divinely warranted in concluding that I am among the ‘blessed’. In such a case my assurance rests upon the Word of Him that cannot lie, whereas if I rest my assurance on some ‘direct’ and ‘immediate’ word or witness which I feel is spoken powerfully to my soul by Christ or the Spirit, saying, ‘Thou art mine’, ‘I have loved thee with an everlasting love’, I may be deceived by Satan coming as an angel of light and telling me a lie!”

In view of the confusion which still exists when assurance is discussed, it might be better to drop the term and substitute “confident hope”. At any rate, the above extracts from correspondence of A. W. Pink may clear the air for some who have experienced unnecessary misery and anxiety, and lead them to the “full joy” of which the Apostle John speaks. (1 John 1:4.).

Established in 2019, the Arthur W. Pink Archive exists to promote Christ through remembering the life and legacy of Arthur Pink.